It happens that, for some reason, AirPlay does not work on an iPhone, iPad, Mac, Apple TV, or other compatible AirPlay iOS 11/10 speaker / receiver. When you want to stream music, videos, and photos to an AirPlay-enabled device, or display everything on your Mac / iPhone on a larger screen, it's frustrating that AirPlay can not connect to Apple. TV. Fortunately, you can find here the corresponding solutions to solve the problems of mirroring AirPlay and AirPlay. 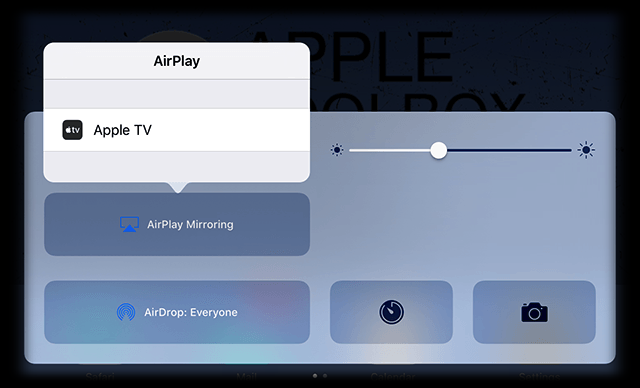 Step 1: AirPlay Not Showing Up on Mac, iPhone, iPad

Airplay is a default feature that you do not need to install, but some users have reported that the AirPlay icon does not appear in Control Center, iTunes, or the Mac toolbar. Thus, they did not know how to broadcast content on Apple TV or otherwise. Airplay compatible device. If you are in this case, follow the suggestions below to resolve this problem.

Another common problem is that AirPlay does not run from Mac to Apple TV, or iPhone, iPad when streaming music or videos. In this situation, the Wi-Fi connection and network settings could most likely be attributed to this problem.

These tips should explain why AirPlay does not want to connect to Apple TV or a third-party speaker or receiver.

Problems with AirPlay also occur after updating iOS 11 due to technical issues, especially for beta versions. If you find that AirPlay does not work with the new iOS 11 update, such as AirPlay Off, AirPlay does not turn on, try the following: