This tool is useful for troubleshooting many issues related to reinstallation and license activation. This can also eliminate compatibility issues when you try to install another security software product from Bitdefender or another company. 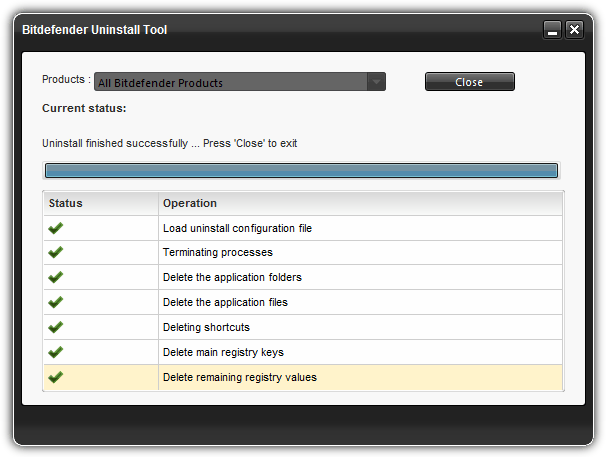 How to uninstall / remove Bitdefender?

How does Bitdefender Uninstall Tool works

This program can remove the following Bitdefender products: