This error occurs when Windows can not find the appropriate system files for startup. This information is called startup configuration data or BCD. This can also happen after upgrading an operating system, when upgrading the operating system from Windows 7 to Windows 10.

Another reason for this error could be malicious software, which corrupts system files or even faulty hardware may result in error code 0xc0000225. 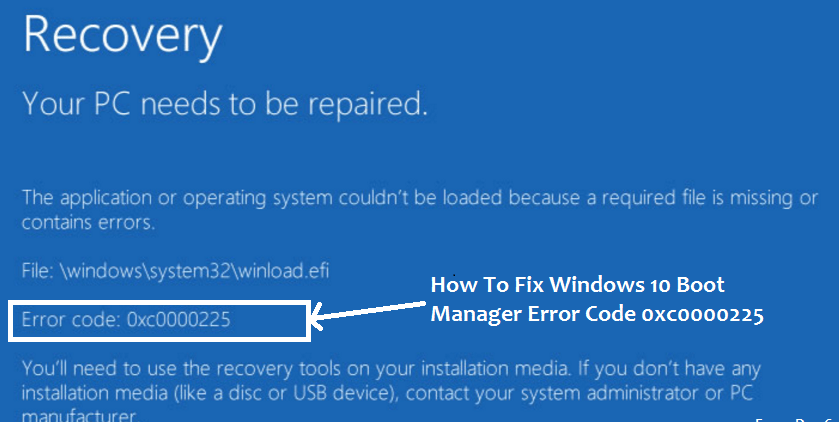 Similar to other boot errors, this Windows error code can’t be fixed or troubleshoot from the main OS. For this, you need to have an extra disk for installing Windows 10, which can be repaired from there only.

Disk can be in form of a flash drive with minimum of 8GB free space, or you can even use a DVD for this purpose.

Make sure you use a new or blank drive to install Windows 10.

Once you install Windows 10 on external drive, connect it with system. After this, open the boot menu to load Windows 10 from external disk.

If the error code 0xc0000225 in Windows 10 occurs, the first method to correct this Windows error code is to use the Windows Troubleshooter, which will automatically detect the error and attempt to repair the data. boot configuration corrupted to restore the system. Once you have resolved the problem, hold it down until the Windows Setup screen appears. Choose the language and press next. After that, the installation screen will now appear from which to tap the 'Repair your computer' button at the bottom of the screen. 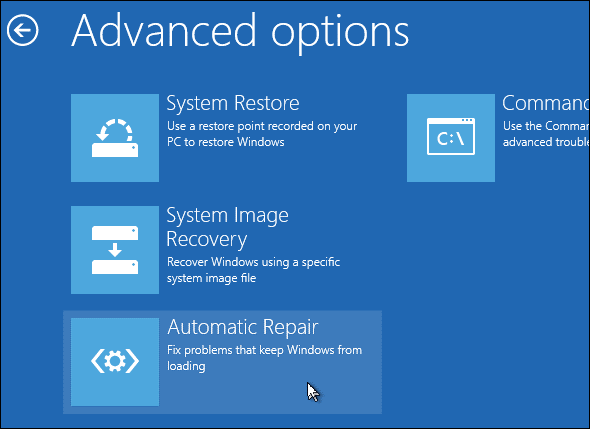 After pressing the button, new screen will appear with options from where choose Troubleshoot. In Troubleshoot select ‘Advanced options’ and tap on ‘Automatic repair’. After restarting, if blue screen doesn’t appear means Windows error code 0xc0000225 has been fixed.

If the above method does not resolve this problem, the following method to correct error code 0x0000225 is to use the Command Prompt (CMD).

By using CMD, you can run a system file checker and disk scans to repair corrupted system files. To do this, follow the same steps described in the procedure above.

Go to the advanced options and instead of selecting auto repair, choose Command Prompt to open a CMD interface. Here, type:

This will run the system file checker on the system, which will search for missing Windows system files. SFC after identifying the error code, will try to fix it.

Now, once this process is complete, run the command:

This command will start a disk check scan that will scan the system hard drive for errors.

After running both commands, reboot the system and see if the error is corrected or not.